Home » Defining the Parent
Back to Course

Pave Your Path To Pregnancy 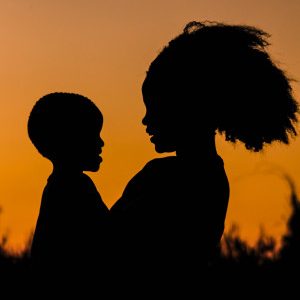 Since the time of the Emperor Justinian in the 7th Century, who is a mother of a child has been plain: the mother is always certain, because she is the one who gives birth.

Who is the father of the child has been what the law has been searching for ever since.

As a result, the law has created rules or presumptions about who might be a parent.

Matters got more complicated after IVF came into existence as the genetic parent may not be the legal parent – as there might be a sperm donor, an egg donor or even these days a surrogate.

There is an Australia wide scheme about who is a parent for family law.  This is contained under the Family Law Act 1975 (Cth), which is Federal legislation.  Each of the States and Territories have their own laws, usually called the Status of Children Act which sets out these presumptions as well.

Things do get more complicated with ART as technology keeps becoming more advanced. Among donor conceived circles, the parent can be outlined as such:

Social parent: a term employed to describe the relationship between two persons (typically adult/child) for whom genetic material may or may not be shared. The adult actively chooses the parenthood relationship and responsibilities through biology, adoption, foster care, step-parenthood, or other means. The social parent(s) is (are) primarily responsible for the rearing of offspring.

Intended parent: a term employed to describe the status of a person who receives donor gametes in order to create, gestate, and/or raise offspring. An intended parent may or may not be contributing their own gametes in the creation of their offspring. This term is especially applicable to gamete donor recipients, but not the offspring who are conceived with donated gametes.

Gamete Donor or Gamete Provider: a term employed to define the role of a person who has donated or provided gametes (sperm or eggs) with the intention of relinquishing the rights and responsibilities of social parenthood. The gamete donor may or may not form a relationship with their biological offspring, depending on the legal limits of the location in which they donated or the relationship with the intended parent(s).

Open ID at 18 donor: Basically means the donor is “anonymous until the child turns 18 (16yo in some places)

Genetic/Biological parent: a term employed to describe the relationship between two persons (parent/offspring) who share genetic material, wherein one person has contributed a gamete (sperm or egg) that leads to the creation of the other person.

Surrogates may be gestational carriers and genetic mothers but not social mothers.

Donor Conceived Person (DC/DCP): a term employed to define the conception/biological origin of a person. This person has been conceived through gamete donation and may or may not have a relationship with their biological parent. This biological parent is not the DCP’s donor, as the person to whom the gametes were donated is termed the intended or social parent.

**These are not my descriptions but are those of a DCP.